Video: From John Hagee to Sam Gipp – Matt Furse exposes the error in the churches! 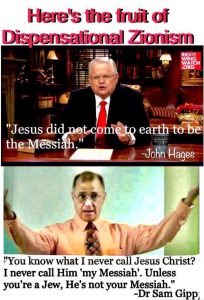 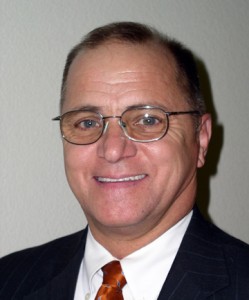 “…You know what I never call Jesus Christ? I never call Him ‘my Messiah‘. Unless you’re a Jew, He’s not your Messiah. Are you from Gentile stock? We were never promised ‘a Messiah’…”

It needs to be pointed out here, that although Sam Gipp is known for his stance on the KJV, he uses the old “Scofield-Reference-KJV-Bible” (see his YouTube video).  Mr. Gipp, himself, serves as a living demonstration to the powerful influence that even the built-in NOTES in one’s Bible can have. Pastor Furse’s book explains in detail how the “Scofield doctrine” came about.

PLEASE NOTE: Pastor Furse privately contacted Sam Gipp (via email) more than once, to ask if he meant what he said, or if he would like to retract his statement concerning Jesus, as his Messiah. To date, he has not…  Instead, Mr. Gipp insulted Matt Furse with name calling, and arrogant innuendoes. (Pastor Furse still has the emails to prove this.) After the M2Z DVD came out, Mr. Gipp made a YouTube video, and in it he continues to call names and make insults against those who made the documentary. He refers to Matt Furse as the “muppet pastor”, as if Pastor Furse were someone’s puppet. 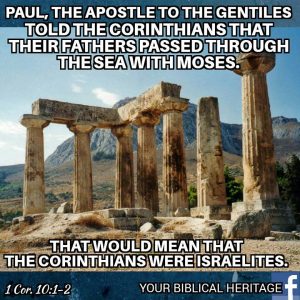 1Corinthians 10:1-4 “Moreover, brethren, I would not that ye should be ignorant, how that all our fathers were under the cloud, and all passed through the sea; And were all baptized unto Moses in the cloud and in the sea; And did all eat the same spiritual meat; And did all drink the same spiritual drink: for they drank of that spiritual Rock that followed them: and that Rock was Christ.”

Paul also told the Corinthians that these Old Testament stories about “our fathers” are examples (ensamples) for us, today!  Paul “spiritualized” the Old Testament texts!  He reveals them all as examples for us (saved) who are living in the last days!

(v6) “Now these things were our examples… (v11) Now all these things happened unto them for ensamples: and they are written for our admonition, upon whom the ends of the world are come.”  (1Corinthians 10:6, 11)

And now more recently, Gipp has dug his own pit even deeper! (Proverbs 26:27)

Yet, another Video: Sam Gipp’s absurd heresy about “Jesus”! (He taught this more than once!)

At this same church in may 0f 2017, Gipp LAMELY explains his definition of “Messiah” vs. “Christ”… Sam Gipp says that the word “Messiah” means “deliverer”??? … but the Bible plainly says— 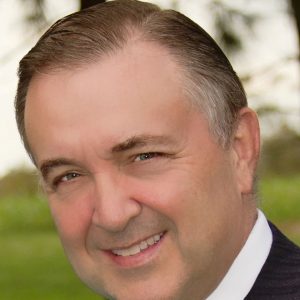 Also at the same church, in Elgin, Ill, IFB Author William Grady, spoke for 50 minutes (promoting his new book, about modern day “Israel”)… During his 50 minute “book-promoting-sermon”, he made this statement— “It doesn’t even matter whether the Jews WANT Him [Jesus] to save them, …He’s going to do it, anyway…”

(This statement does NOT reflect what Romans 9-11 actually teaches!)

What’s WRONG with the “supposedly KJV” IFB churches who tolerate this sort of nonsense??? 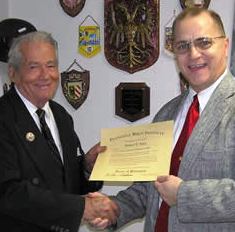 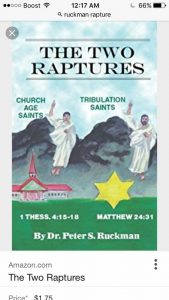