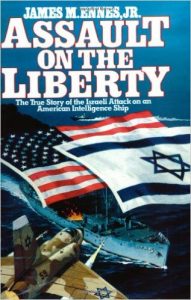 “I own a couple of copies (of the book, Who is Israel?) already, with plans to send them to other pastors, and within my own association. I have already placed this book in a pastor’s hands right here in my own home town. I think it behooves all of us, to spread this word, and guess what, it even checks out with what the Bible says. That would be the King James, of course. We have already cleaned our house, and a couple of Bibles had to go.”
– Ron Kukal, USS Liberty survivor 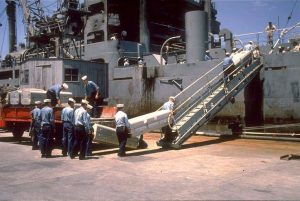 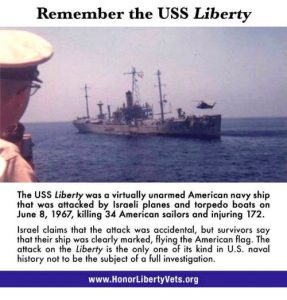 Most Americans have never even heard of the USS Liberty — let alone know what happened to her and her crew… But, once you have, your American blood will begin to boil!!! 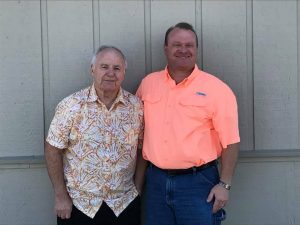 “I am a survivor of the deliberate attack on the USS Liberty, June 8, 1967 during the Six Day War. I think dual citizenship has a lot to do with the reason that the surviving crew cannot get the U.S. Government to look at our “War Crimes Report”. This is an act by the Israeli Defense Force that has never been investigated by Congress. There was a Naval Board of Inquiry and it was found by that board that the attack was an accident. If you will look on the USS LIberty web site you will find that former Captain Ward Boston who was the counsel for the board has made a statement that he was forced to make the outcome appear to be an accident and that Robert McNamara and LBJ forced him into doing just that. We have not been able to get even a Congressional Investigation into this attack because we are being stopped by those in our government with what I believe to have dual citizenship. Having a high position in our government and maintaining dual citizenship is wrong, and no one should be allowed to do this if they can’t give their complete loyality to one country.” 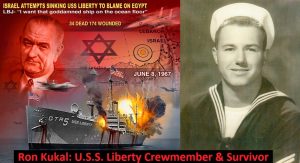 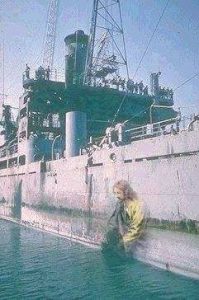 We did not save ourselves, we did not. God did, by His grace and mercy” 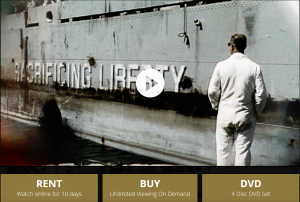 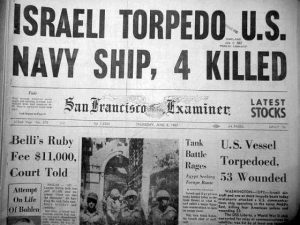 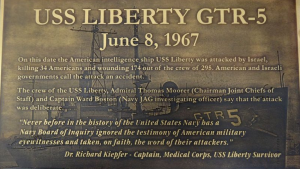 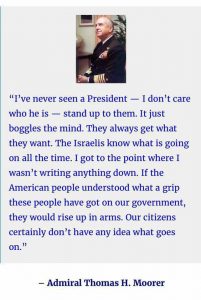 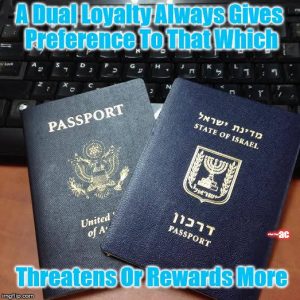 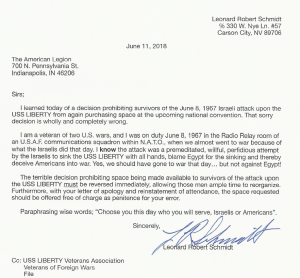 2 thoughts on “The Attack on the USS Liberty”